The rise of wireless and mobile technologies has transformed the way we communicate, work, and even the way we get around. So much of today’s world is made possible by the wireless spectrum that we almost take it for granted, and the technologies that use the spectrum, such as smartphones and other devices, are nearly unrecognizable from what was considered cutting edge even 10 years ago.

Why then, does the equipment we use to monitor the spectrum still look nearly identical to what it did before?

Why are countless users in signals intelligence/electronic intelligence (SIGINT/ELINT), technical surveillance counter measures (TSCM), and regulatory applications still struggling with spectrum analysis solutions that were not designed with the capabilities they need? With so much innovation on the consumer side, why has monitoring equipment lagged so far behind?

Traditional Spectrum Analysis Solutions Were Not Built for Monitoring

The limitations of traditional monitoring equipment lie in the history of these tools. Traditional analyzers, quite simply, were not designed for spectrum monitoring applications. Instead, they were intended for use in a research lab or out in the field by agents in specific scenarios. And because they were, at the time, the best available option for monitoring, they were eventually adopted for these applications as well.

Though not optimal, this was good enough in the past, when:

However, today’s spectrum environment looks much different, and is constantly evolving. $100,000 lab spectrum analyzers that are large, bulky, and lack flexibility no longer make sense for many users. And while handheld units may provide some portability, they typically lack the performance for many of today’s applications. Consider the limitations of this equipment when looking at the current environment, where:

What’s needed is a new category of spectrum analysis solutions designed specifically for monitoring. But what would that new category look like?

There is an Alternative to Traditional Equipment

The challenge for users is that this equipment has become the norm, and they’ve become familiar with what it can and can’t do. And since the cost of these analyzers is so high, the thought of replacing them can be stressful. This leaves users to deal with out-of-date and poorly optimized equipment.

Fortunately, advances in software-defined radio technologies have led to a new generation of software-defined spectrum analysis equipment built for monitoring from the very beginning. By being software-based, these spectrum analyzers are able to provide the frequency and bandwidth performance required in a compact, versatile, and cost-effective unit. They can be quickly upgraded or adjusted for a wide variety of scenarios, meaning users are no longer stuck with built-in hardware capabilities that become obsolete over time.

And with SIGINT/ELINT, TSCM, and regulatory applications all requiring different tools or visualization software, a powerful suite of APIs and programming environments allows users to easily use their own dedicated software.

Traditional lab and handheld spectrum analyzers have been good enough for monitoring applications in the past. But as the spectrum environment evolves, and its importance to the way we live and work grows, the equipment used to monitor it needs to adapt as well. Instead of shoehorning in a spectrum analysis solution designed for other purposes, a real-time spectrum analyzer that is software-defined is a powerful alternative that can provide all the capabilities, versatility, and upgradability you need in a compact and cost-effective package.

To learn more about how advances in Software-Defined Spectrum Analysis can help you in today’s complex signal environment, download our latest whitepaper now 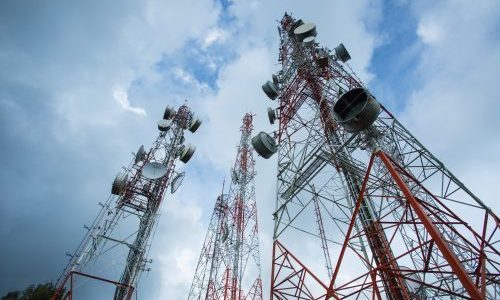